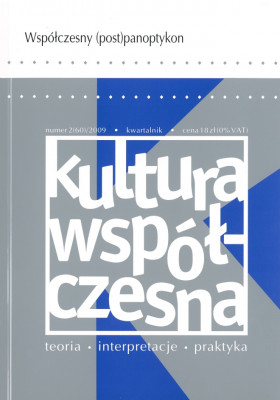 From the nineteenth century onward, modern societies depended on massive use of new visual surveillance technologies: photographic, film and video recording, video transmission, radar and other technologies of remote sensing, 3-D computer graphics, image processing and computer vision. In this essay author shows how these technologies relate to each other. In order to do this, he discusses them as continuing the process of automation of vision that started with the adaptation of linear perspective during Renaissance. From this perspective, we can say that photography, film and video automate recording of images of existing reality; radar and other remote sensing technology extend perspective beyond the realm of human vision; 3-D computer graphics automate creation of perspectival images of non-existent reality; and, finally, image processing and computer vision automate recognition of objects in perspectival images. Thus, each of these technologies automates a particular use of perspectival vision; at the same time, they can be (and they often are) employed together, as they complement each other. This is because they automate a particular function, or usage, of vision – author, using Plato – Aristotle debate, introduces new term to describe modern visual surveillance technologies: visual nominalism: the use of vision to capture the identity of individual objects and spaces by recording distances and shapes.
(przeł. Marta Heberle, Maciej Ożóg)

Surveillance has spilled out of its old nation-state containers to become a feature of everyday life, at work, at home, at play, on the move. So far from the single all-seeing eye of Big Brother, myriad agencies now trace and track mundane activities for a plethora of purposes. Abstract data, now including video, biometric, and genetic as well as computerized administrative files, are manipulated to produce profiles and risk categories in a liquid, networked system. The point is to plan, predict, and prevent by classifying and assessing those profiles and risks. The text explores some of the key themes involved in ‘surveillance as social sorting.’ The first part states the argument in brief, before author suggests a number of ways in which social sorting has become central to surveillance. In what follows he looks at some implications of surveillance as a routine occurrence of everyday life; focuses on the emergent ‘coding’ and ‘mobile’ aspects of surveillance; and concludes by suggesting some new directions for surveillance studies in the early twenty-first century.
(przeł. Marta Heberle, Maciej Ożóg)

The roles of visual representations have been multiplied. In contrast of being targets of the ever-increasing surveillance, people seek to play an active role in the production of images, thus, reclaiming the copyright of their own lives. In this article, three examples of this development are examined. Reality shows in TV aim to create an impression of the viewer participating in crime control. Mobile phones with cameras enable individuals to become active subjects in circulating images and to participate in ‘counter-surveillance’. Home webcams present daily lives of individuals in the Internet, generating new subjectivities. They change the conventional code of what can or cannot be shown, and thus, expose cultural tensions surrounding epistemological conceptions of vision, gender, identities, and moralities. By revealing their intimate lives, people are liberated from shame and the need to hide, which leads to something called empowering exhibitionism. These deliberately produced images contest many of the conventional ways of thinking how visibility and transparency connote with power and control. To be (more) seen is not always to be less powerful. By rebelling against the shame embedded in the conception of the private, people refuse to be humble. They may gain power, but it does not head for control over others but, rather, blur and mix the lines of control. Televisualisation, cyberspace presentation, and mobile phone counter observation also raise new questions considering traditional surveillance. Images can be played with, and can work as a form of resistance. Sometimes it is more radical to reveal than to hide.